Nobody Chop Life Pass Bubu – Wizkid Writes, On President Buhari’s Return To Nigeria From The U.K

Nigerian singer, Ayo Balogun popularly known as Wizkid, has shown his funny side after he sparked hilarious reactions on social media on Saturday with his tweet about President Muhammadu Buhari’s return from London.

Buhari returned from his two-week private visit to London, arriving at the Presidential Wing of the Nnamdi Azikiwe International Airport Abuja late on Friday night.

The president, who was on an official visit to Saudi Arabia before heading to London on a private visit on November 2, was initially scheduled to return to Nigeria on November 17.

The official Twitter handle of the Presidency posted a photo of Buhari’s arrival at the airport on Friday night. 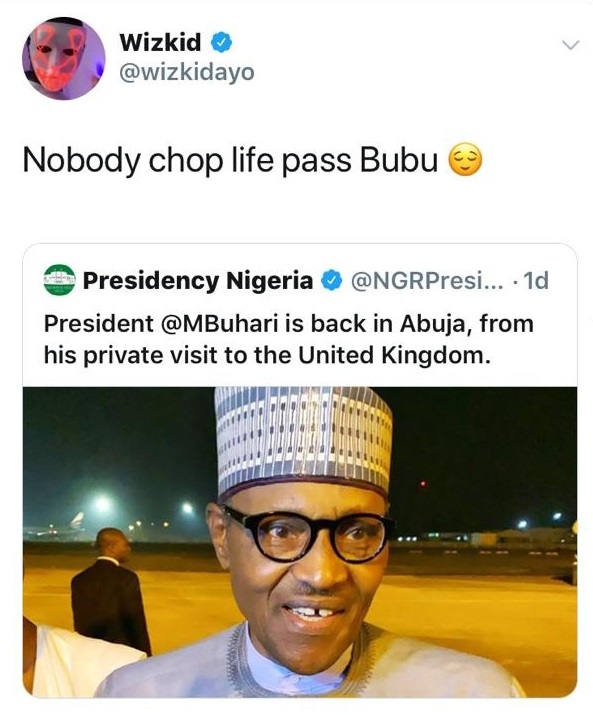