Justin Bieber and Hailey Baldwin have at long last sent out their fourth and final save the date invitation for their second wedding for family and friends. (The two wed secretly in a New York City courthouse last September.)

TMZ got a glimpse of the comic-style invitation (which you can see here on TMZ’s site), along with the official date they picked. The Biebers will be celebrating their first wedding anniversary and marriage with friends on September 30.

And it won’t be in Canada or New York, where Bieber and Baldwin’s families are from respectively. It’ll be in South Carolina.

Where specifically hasn’t been revealed yet, but TMZ notes that Baldwin and Bieber were seen out in Palmetto Bluff in South Carolina’s Lowcountry this summer. It’s waterfront and idyllic.

Multiple sources told TMZ that Mindy Weiss, the party planner behind some of the Kardashians’ biggest bashes, is working on the wedding.

People reported earlier this week that Baldwin has been working with the couple’s planner, presumably Weiss. “They decided in May that they would get married in September, so they have been planning for a while,” a source close to Bieber said. “Hailey works with a planner.”

Bieber just last week posted an Instagram tribute on his account that paid tribute to Baldwin ahead of their formal nuptials. He wrote, “I fall more in love with you every single day. You are the greatest thing that has ever happened to me. I would be lost with out you. #wifeyappreciationday.” 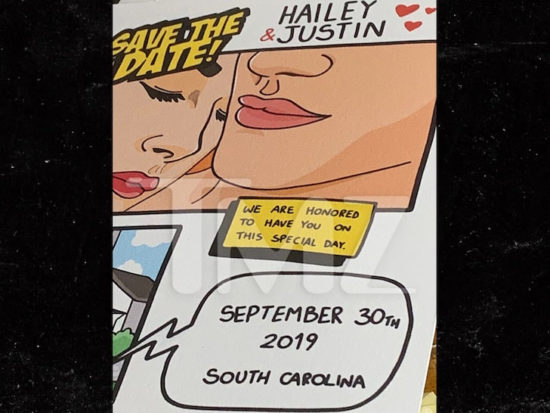