Director – Ifeoma Fafunwa
Written by- Tunde Aladese, Mojisola Ajibola, Wole Oguntokun, Ijeoma Ogwuegbu, Princess Olufemi-Kayode & Ifeoma Fafunwa
Cast–  Taiwo Ajayi-Lycett, Joke Silva, Ireti Doyle, Bimbo Akintola, Dakore, Elvina Ibru, Zara Ejoh and Ufuoma McDermott
Genre– Drama
Year– 2014
As I rushed out of the office, manuvering my way out of Marina on a busy Friday evening to arrive at Muson center the venue of the theatre play ‘HEAR WORD’ I had one thing on my mind, parking space. I arrived @6:34pm, got a great space to park just by the gate and went out to grab some toiletries. I eventually got into the venue at 6:45pm, with cocktails going on, we sat, waiting and anticipating the kick off the play.
As a die hard theatre fan, there are things I expect from stage plays. Promptness, is one key factor, I always believe that even if they have 10people in attendance, the show must go on, start on time and finish on time, but I was in for a surprise. At 7:40pm the play scheduled to star at 7pm hadn’t kicked off. We thank God for the excitement and goose pimples I felt at the end, as the lateness became a distant memory. 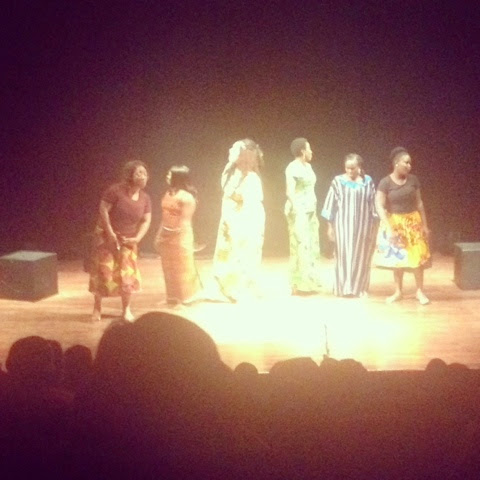 Hear Word is a theatre production that combines real life experiences of women with social commentary. Set almost like the v-monologue, in fact, it feature monologues from that production,  since I had seen v-monologue a couple years back, this production was well received. With a stellar cast spanning the veterans and the newbies on the stage, HEAR WORD was funny, witty, thought provoking and hampered on those sensitive aspects of a woman’s existence in life and society.
The 12 woman cast made up Taiwo Ajayi-Lycett, Joke Silva, Ireti Doyle, Bimbo Akintola, Dakore, Elvina Ibru, Zara Ejoh, Ufuoma McDermott and a host of other wonderful ladies was up-lifting. If I decide to speak on each character, I doubt if I can contain it all. They were wonderful, they stirred up emotions required from us ladies to live to fight another day. So even though I wont speak on all the characters and their varying sequence, I will speak to those ones that struck a cord.  “Azuka & Temilola focus was on the pressure received by ladies from their mothers. Whether from a poor or rich background, their pressures are real and do exist. I have never seen Elvina on stage before, and I wanted to know how she will fair. Lets just say, she held her own and did alright. Joke Silva as a local cloth merchant in another sequence ‘Landlord’ was also hilarious and odecious. I would never have thought Joke could curse or swear in Yoruba, Omo she didn’t disappoint, Ireti brought it home with the plight of a child suffering from VVF in the sequence ‘my child’ and her hausa was pure, who knew! Zara Ejoh has been making waves with KAKADU and a couple of other productions, her performances in the sequence ‘Woman Trafficking’ showed her steady improvement and a growth that is refreshing, her accent was award worthy. Songs of Praise the empowerment sequence by Dakore brought me back to reality and the fact that as a woman, my destiny and future can only be formed and shaped by me and my maker.
With every stage production, I attend, there’s a new level of respect and appreciation of theatre, the cast that bring the words to life and the production crew who make it happen. Hear Word directed by Ifeoma Fafunwa was no different. 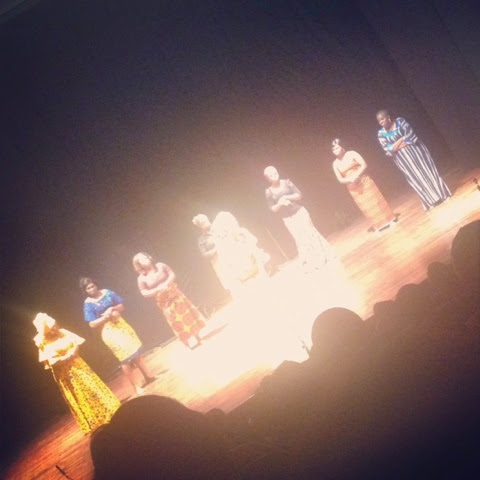 Hear Word earns a 9.5/10 from xplore and I implore everyone to join the conversation/platform of creating awareness and empowering women through education and opportunities on www.hearwordnaija.com.
Tags:efeturiReviewsstage play
previous article
Nikolai Talks 3: I Want Your Brazilian, Peruvian, Indian and More…
next article
MEMOIRS OF AN INSANE KID #2

#360EndOfYearReview: 5 Most Disappointing Albums Of The Year

#Nollywood Movie Review: If You Were Mine

#Nollywood Movie Review: Thy Will Be Done